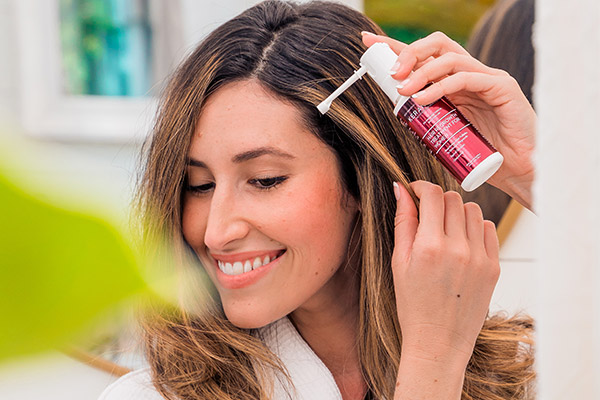 Minoxidil is an FDA-approved treatment for hair loss in men and women, that often comes in a topical liquid or foam. It can also be used as an oral tablet for the treatment of high blood pressure. Although you may have to use it indefinitely for optimal results, in this article, we’re going to present the facts and benefits of minoxidil when used for hair regrowth.

Androgenic alopecia is a genetic form of hair loss. In men, it is often called male pattern baldness and it usually begins between the ages of 40 to 45. However, as we all know, hair loss affects both men and women. Depending on style and texture of your hair, it is sometimes more difficult to catch hair loss as early in women compared to men. The good news is, that it can be treated, and it can be treated with minoxidil. One thing to note is that there is a difference between androgenic alopecia and alopecia areata. Alopecia areata is an autoimmune condition that causes a person to lose hair from their entire body, not just their head. Basically, their immune system attacks the hair follicles because it thinks they are bad for you. Those who suffer from alopecia areata should consult with their doctor first.

So how does minoxidil actually work to improve hair growth?

Researchers aren’t totally sure! They do know that the medication is a potassium channel opener which basically means that it helps open potassium channels and blood vessels. This helps oxygen, nutrients, and blood gets directly into the follicles and get more of the essentials that help grow hair. At first, users may see more hair loss but that is just the shedding process. This shedding that is occurring is the old, broken or thin hair getting pushed out by the stronger, thicker, follicles that are preparing themselves for new growth.

Minoxidil was first developed in the 1950s as a treatment for ulcers. However, as they studied the drug, they found that it did not cure ulcers but worked for other things. There are over 200 variations of the compound. The minoxidil that treats high blood pressure was developed in 1963. As researchers continued to study users of the blood pressure medicine, hair growth was often seen in users. Doctors began to realize that it may be a good treatment for hair loss. Two doctors, in particular, Guinter Kahn and Paul J. Grant began to conduct their own research in regard to hair loss and the drug. By 1988, the FDA approved the drug for men. They later approved it for women in the early ‘90s. it is commonly used in Rogaine, which many people recognize as a popular treatment for hair loss. Now, there are generic versions of the drug as well. In 2014, minoxidil was recognized as the only FDA-approved topical treatment for androgenic hair loss. It is available over the counter in many countries including the United States.

Back to The Benefits Of Minoxidil

Studies show that minoxidil is more effective in smaller areas of hair loss. It also more effective if it is used within the first five years of hair loss. Most people use minoxidil as a last resort. They try other alternatives during their hair journey, which ends up prolonging the inevitable. Just remember, the sooner you catch and treat your hair loss, the better.

If you’re looking for an all-around solution to fight hair loss, try our Keranique Hair Regrowth System. It contains minoxidil, shampoo, conditioner, and a Lift & Repair spray that will help your hair growth goals.

Have you ever been thinking about using minoxidil? Maybe you didn’t know that it was the only FDA approved treatment for hair loss and that it is included in our Regrowth Treatment?

If you found this article informative, please SHARE with your friends and family who suffer from hair loss and are looking for more information on treatments for hair thinning and loss. 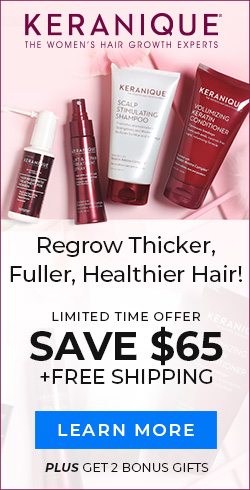